Woodlawn House, situated on the Hickman estate, this house valued at over £13 was unoccupied at the time of Griffith’s Valuation and the lease held by Denis Culligan. Joseph Studdert had occupied the house in 1837. He was a grandson of Maurice Studdert of Elm Hill, county Limerick. One of Joseph’s sons married Mary Gore of Tyredagh Castle and the Gore-Hickmans appear to have occupied the house in the late nineteenth and early twentieth centuries.

Burke (1912) allows one to trace the male line ancestry of Captain Francis Gore of Tyredagh Castle who died at Woodlawn on 27 Jan 1870 back to his GGGgrandfather Brigadier-General Francis Gore of Clonroad, who married his namesake Catherine Gore, daughter of Sir Arthur Gore, Bart., of Newton Gore, co. Mayo.

This must be the 1st Baronet (d.1697) as his grandson Arthur Gore of Clonroad was married with children before he died in 1730. The 2nd Baronet is estimated at http://en.wikipedia.org/wiki/Sir_Arthur_Gore,_2nd_Baronet to have been born about 1685, so could not have been a greatgrandfather in 1730, when he was aged only about forty-five.

An advertisement from 1869 offering Clonroad House for let: 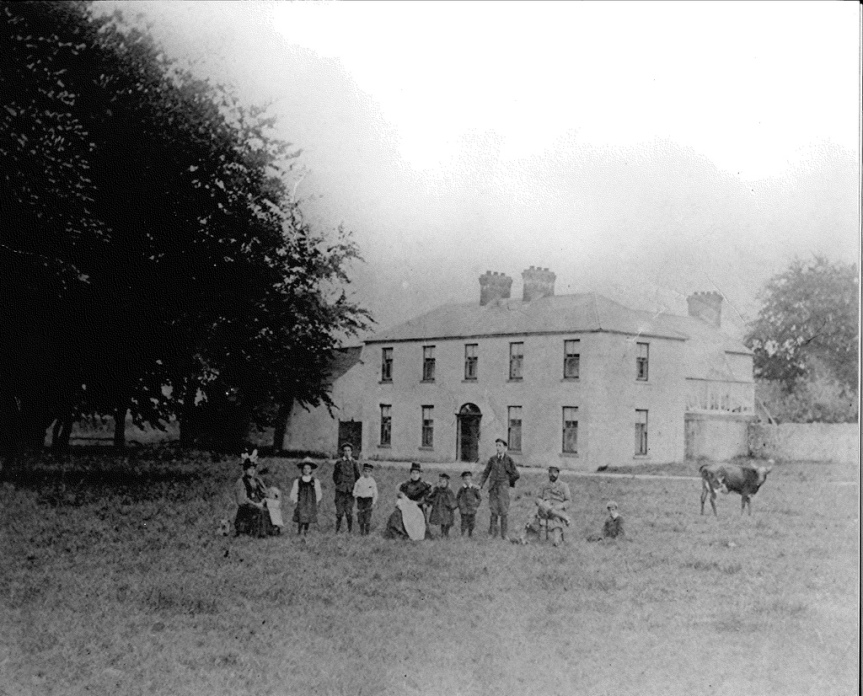 The Gore family of Woodlawn were a distant branch of the Gore-Booth family of Lissadell House, County Sligo (below). 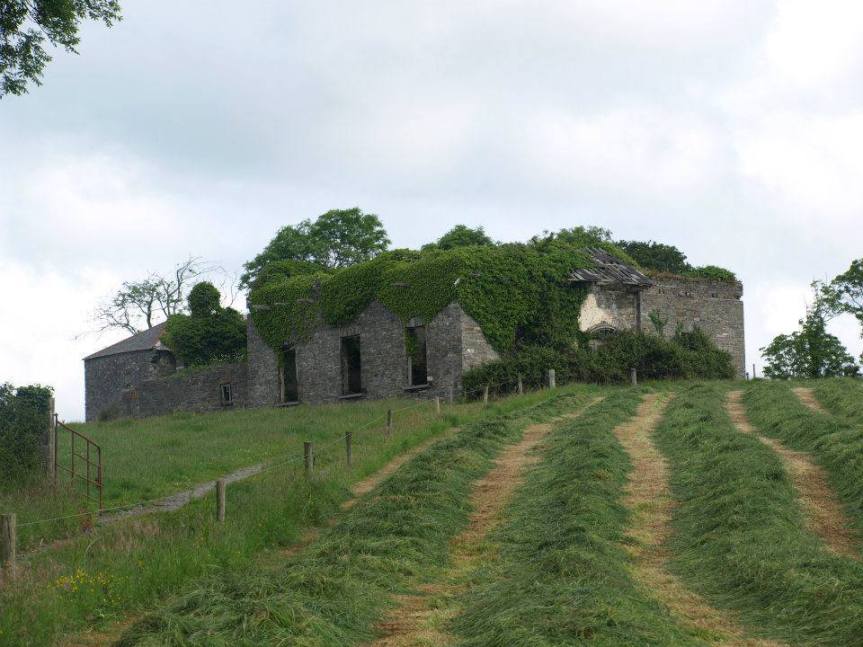 The Gores at Woodlawn House

The Gore family arrived in 1866 from Bayview House, Kilmurry McMahon. The 1901 Census lists Ellen Gore as head of family, a retired lady and widow aged fifty-six years and is wife of the late Col. Francis Gore. Edith her daughter is aged thirty years while another daughter Georgina is aged 29 years their brother Herbert is aged thirty-two years. Poole Hickman was a captain at sea and in 1911 married his first cousin Frances Louisa Studdert of Clonderlaw House.

The remains of the Georgian doorway and fanlight (which can be seen in the below photograph):

The initials of Eva Gore etched onto a window sill on Woodlawn House. Eva’s ‘graffiti’ is bizarrely similar to the mark that her distant cousin, Constance Gore-Booth, engraved on one of the windowpanes at Lissadell House:

The location of Woodlawn as per the c.1890 OS Map of Ireland. Note the extensive woodland which surrounded the site. The house is perched on a hill and enjoyed sweeping views of the Shannon estuary.